Coffee Passport Makes Your Journey Even Better with Garuda and Djournal 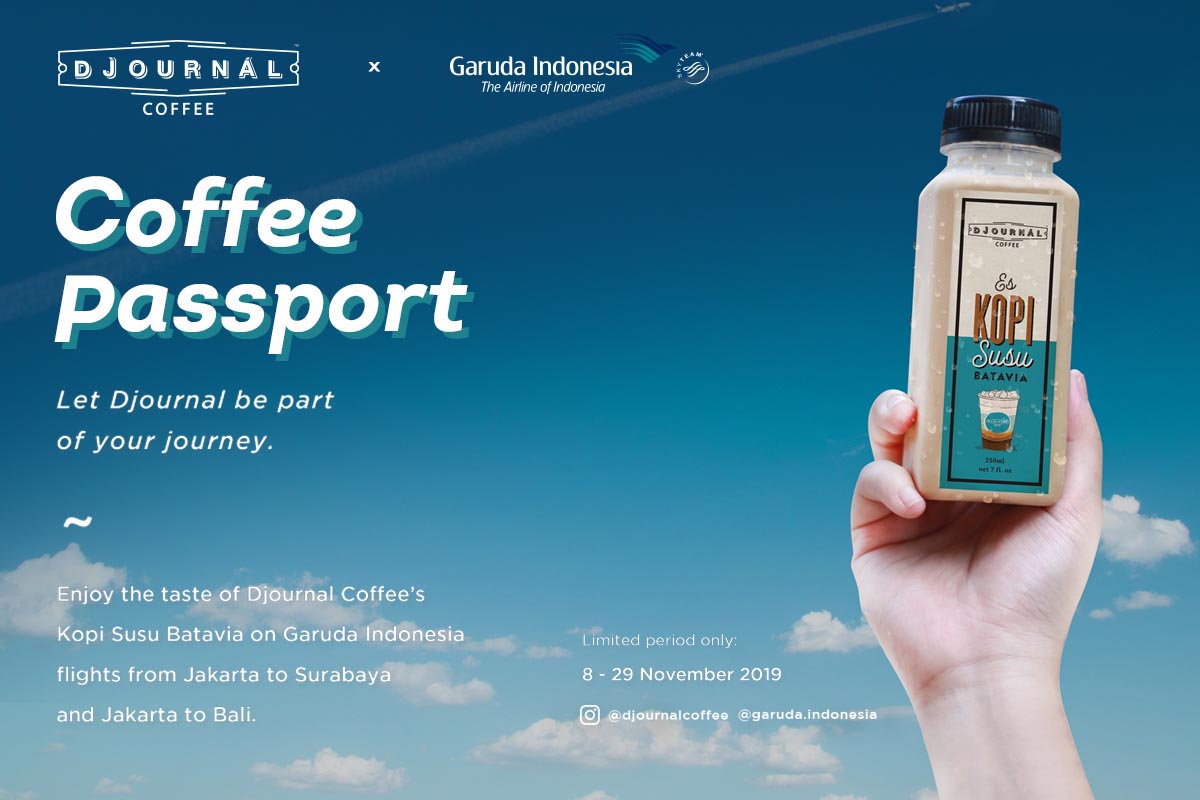 Djournal Coffee also thinks that life is too short for a bad cup of coffee and is extending their efforts to disperse high-quality coffee across Indonesia. Djournal Coffee is the perfect Indonesian-born coffee shop to do this, as they were awarded as the Best Asia Pacific Airport Coffee, Tea, Non-Alcoholic Beverage of the Year by the FAB Awards last year.

Djournal Coffee has been happily serving Indonesia’s daily caffeine fix since 2013. Their emphasis on using locally sourced coffee beans not only onboard, but also in all their coffee shops, identifies themselves as undeniably Indonesia. From November 8th until the 29th of this year, sample the taste of Indonesia’s favourite coffee - sky high.

Learn more and head over to our Instagram @djournalcoffee!